Show your Patriotism and Get Crafty this Fourth of July! 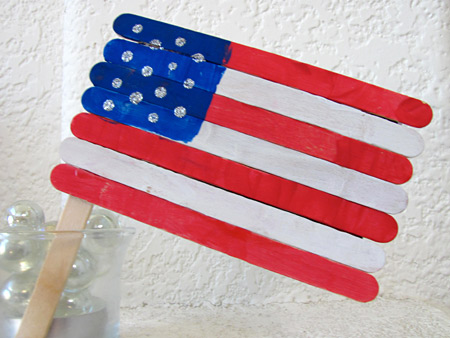 Your kids know the Fourth of July as the day to wear red, white and blue, watch fireworks, see a parade, and maybe go to a family or neighborhood BBQ. Do they know the true meaning of Independence Day?

Give your kids a quick history lesson and celebrate your national pride with these fun facts and simple, patriotic projects.

2. Turn the sticks over to show backside facing up and alternate red, white, red, etc.

3. Apply glue and then place a piece of paper cut to size on the glue. Let dry.

4. Turn over and paint a blue square in the upper right.

6. Glue a popsicle stick as a flag pole (optional).

*Craft from Projects for Preschoolers.

1. Choose a smooth, flat river rock. Mark off the area that will be the stars.

2. Use blue paint to color the area that will be the stars. Paint the rest of the rock’s top white. Let the paint dry.

3. Paint red stripes in the white area (in the real US flag there are 13 red and white stripes, with red stripes on the top and bottom – these stripes symbolize the original 13 colonies).

4. Paint some white stars on the blue area (in the real US flag there are 50 white stars that represent the 50 US states).

5. If you’d like a shiny finish, coat with an acrylic varnish after the paint has dried completely.

4th of july how to news tips for parents
FacebookTwitterLinkedIn 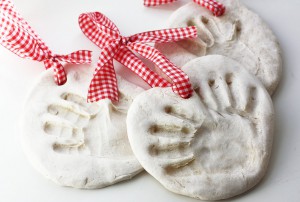 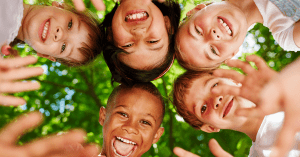 Summer Boredom Busters: 5 Fun Activities For Your Sitter and Child To Do Together 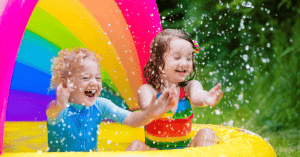