In a recent Australian study, four in ten mothers describe dinner as an “unpleasant experience,” with the meal usually ending in an argument. At the same time, 76 percent agree that sit-down meals strengthen the family’s communication (and possibly its vocal chords), according to a recent survey of more than 16,000 mothers nationwide. Contradiction? Not necessarily.

Maybe the experience of being together as a family is a bit like eating your spinach. As Popeye might have observed, that which doesn’t kill us makes us stronger. Like it or not—and clearly four out of ten of us don’t—family meals are consistently correlated with positive outcomes for children. And not just slightly positive outcomes. Ridiculously positive ones. Kids who eat family meals five to seven times a week get better grades, have a sunnier outlook on life, have significantly fewer problems with drugs, alcohol, or nicotine, and seem almost magically protected from developing eating disorders. They also—surprise!—have healthier diets. Recent research from the Department for Children, Schools and Family found a direct link between frequency of family meals and high school leaving scores, while a study published in the Journal of Adolescent Health in 2008 uncovered a clear, inverse relationship between “eating together as a family” and risky sexual behavior. Weirdly enough, simply having supper together was as protective against unsafe sex as “doing something religious together.” Then again, maybe it’s not that weird.

It’s not the “postcode effect” either (where socioeconomic class is the underlying determiner of advantage). Researchers in study after study have controlled for demographics and the findings remain. Rich or poor, middle class or underclass, highly educated or barely educated, families that eat meals together are dishing up a smorgasbord of advantages for their kids.

These facts are hardly news—although the media love nothing better than to give parents a serve on the topic. Or mothers, more accurately. In most accounts, the demise of the family meal is attributed to the usual suspect: feminism—or, as it is more decorously described, “Women’s participation in the workforce” or the “dual-earner family.” The implication is that when mothers work, families, like chickens, go free-range and slightly feral. Yet in Australia, where the full-time workforce participation of women with children is much lower than it is in the United States and the UK—a mere 11.42 percent of mothers report that their children usually eat at the family table. Remember, too, that we are talking about where and how the family members eat, not about who (or what) is doing the cooking. The effect is exactly the same, whether it’s a roast with all the trimmings, a stir-fry with fourteen intricately diced and unpronounceable vegetables, or burgers and fries eaten straight from the wrapper…

Among the things the family-meals literature doesn’t tell us is whether the benefits increase arithmetically with time—if twenty minutes around the dinner table is beneficial, are forty minutes verging on miraculous?—but heading into The Experiment, it seemed safe to assume that more of a goof thing was probably going to be…well, a good thing. Because we had always been a family that ate meals together…I was looking to The Experiment as a way of extending the experience in both quantity (time spent) and quality.

Admittedly, we were coming off a pretty low base. I would definitely have put up my hand along with the 40 percent of Australian mothers who find mealtimes unpleasant AND the 67 percent who believe they are good for us anyhow. Most nights, I’d put a fair amount of effort into preparing a meal. Nothing lavish—like most teenagers, mine are allergic to lavish—but in the main nutritious, balanced, and quasi-palatable…My kids were demon speed-eaters…With no more attractive prospect to lure them from the dinner table, [they’ did not exactly learn to linger over cigars and brandy. But at least they stopped inhaling their food and bolting for the nearest digital foxhole. We did slow down, all of us, and, over time, we did engage in more meaningful dinnertime dialog….

There were unexpected gains elsewhere on the bill of fare. Deprived of his early- morning downloads, Bill started spending more time at the breakfast table. He didn’t initiate a lot of conversation. But he did eat a lot more eggs, and spent an impressive amount of time reading the sports pages. I’m not sure it improved family communication, but it made me smile to see him tented behind the pages of The Australian…Sussy, too eventually started to make unscheduled appearances at the breakfast table…I’d serve her whatever it was I was making for Bill, anyway, and she’d eat every bite. It was sort of the opposite of demand feeding—more supply feeding, really—and I wished I’d started it fourteen years earlier.

Photograph by Anna Demianenko via Unsplash.

Why Creativity Matters for Kids

How to Help Kids Deal With Rejection 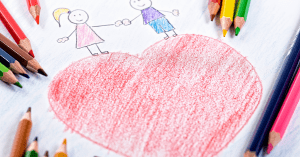 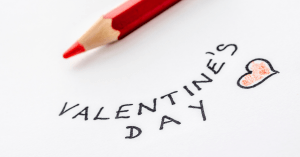 5 Simple New Year’s Resolutions You, Too, Can Tackle